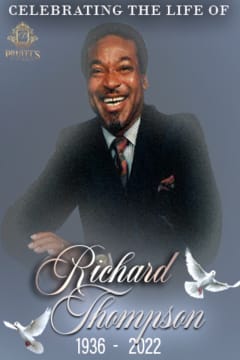 One of his proudest moments was obtaining his certification from Compaq Computers and becoming a computer technician.

Richard was a big Houston Rockets fan and enjoyed going to the games with his boys. He was a very charming gentlemen who never met a stranger. He liked fishing, listening to music, playing dominoes and talking plenty trash.

On Friday, May 27, 2022, Richard departed this earth after a brief illness in the Veterans Administration Hospital, Houston, Texas.