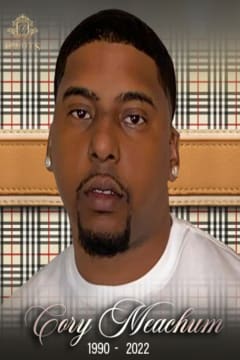 Cory Dion Meachum was born in Houston, Texas on March 19, 1990, to Robert Allen and Shelia Anneliese Meachum. He was the youngest of three children.

Cory attended Houston Can Academy where he excels in basketball in which he graduated 2008. His favorite hobby was playing basketball with several different AAU Teams. Another hobby that he enjoyed was training dogs.

Cory was engaged to Keiona “Nikki” Johnson since May 23, 2020. They were blessed on November 23, 2021, with a beautiful daughter Caleya Anneliese Meachum “Cam”.

Cory was a dedicated son, brother, father, fiancé, brother, nephew, cousin and friend. His first priority in life was always family especially the love for mom and dad. Cory was very protective of his family and the ones he loved. Respect he gave to everyone as well as respect given. The contagious smile that he carried so graciously daily. 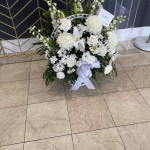